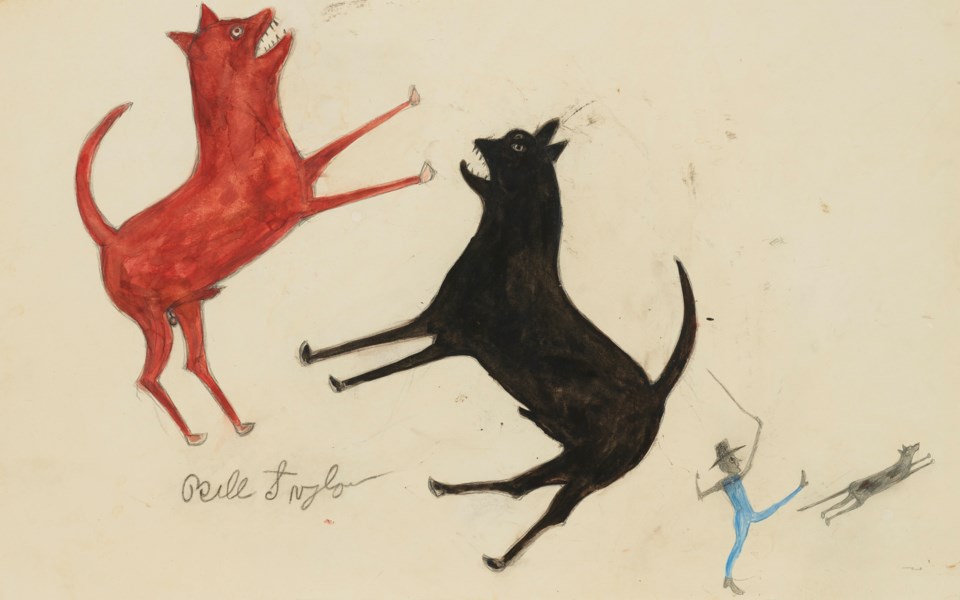 Christie’s upcoming Outsider and Vernacular Art auction features masterpieces by the category’s top artists as well as significant works by up-and-coming names in the field. The sale is led by multiple drawings by iconic artist Bill Traylor, Untitled (Tunnels and Train) by Martin Ramirez, and a number of important constructions by Thornton Dial. Highlights also include a selection of works by European and Asian artists such as Carlo Zinelli and Hiroyuki Doi, as well as remarkable pieces by American artists including Minnie Evans, Clementine Hunter, Elijah Pierce, AG Rizzoli, Nellie Mae Rowe and Judith Scott. This sale includes selections from the William Louis-Dreyfus Foundation, sold to benefit the Foundation and the Harlem Children’s Zone.

Cara Zimmerman is a Vice President and Specialist in Outsider and Folk Art. Since joining the company in 2014, Cara has developed and expanded Christie’s Outsider Art sales, creating stand-alone auctions for the category and achieving world auction records for important Outsider artists including William Edmondson, William Hawkins, Bill Traylor, and Carlo Zinelli, among many others. She has also been instrumental in highly successful Folk Art sales, which have achieved top prices for works by artists including Edward Hicks, Ammi Phillips, Wilhelm Schimmel, and Samuel Addison and Ruth Whittier Shute.