Christie’s works both in the art world and the restitution community to ensure just and fair resolutions for restituted works of art. We invite you to explore a few notable collections and artworks represented by Christie's Restitution team.

Old Master Paintings from the Collection of Jacques Goudstikker 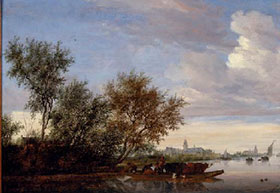 As Amsterdam’s leading Old Master art dealer and connoisseur, Jacques Goudstikker was renowned throughout Europe for his extensive collection. This prominence was to prove his undoing following the Nazi occupation of The Netherlands in May 1940. The dealer, his wife and young son fled for their lives to escape the war and the Nazis’ increasingly pernicious anti-Jewish measures. In Goudstikker’s absence, his gallery was ‘aryanised’ and over 1,300 works of art were confiscated by Hermann Göring and his associates.

Goudstikker did not survive the war. In the post-war years, his widow, Desi, managed to recover some of their spoliated property but much remained in the Dutch national collection. It was not until 2006, after many years of the family pressing their restitution claim, that the Dutch government returned over 200 pictures. Selected works were offered for sale through Christie’s in New York, London and Amsterdam in 2007. 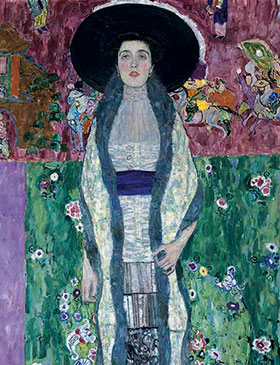 The restitution in 2006 by the Republic of Austria of three absorbing landscapes and a captivating portrait by Gustav Klimt — Birch Forest, Houses at Unterach on the Attersee, Apple Tree I and Portrait of Adele Bloch-Bauer II — marked the drawing to a close of a seven-year legal battle by the heirs of Adele and Ferdinand Bloch-Bauer.

Adele Bloch-Bauer had been an important patron of the artist and a leading figure in Viennese high society. Married to the industrialist and banker Ferdinand Bloch, together they formed an impressive collection of paintings and decorative arts. This collection was seized by the Nazi authorities in the days following the Austrian Anschluss in March 1938.

Along with the iconic ‘golden’ portrait, Adele Bloch-Bauer I (now in the Neue Galerie, New York), these four paintings were transferred to the Österreichische Galerie in Vienna, where they remained over the decades until their return. They were offered at Christie's in New York in November 2006.

More about the Bloch-Bauer Klimts 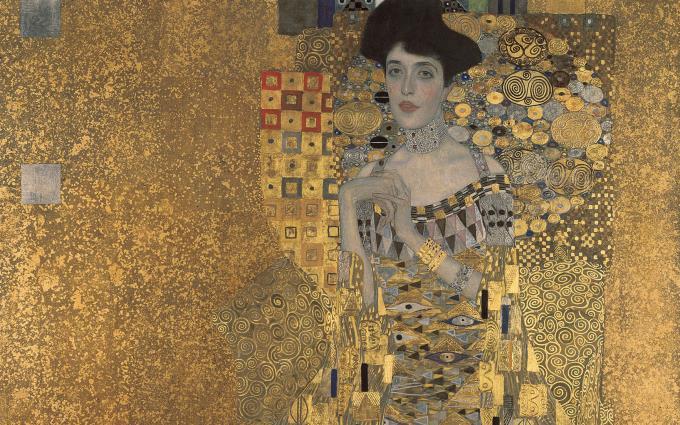 The Woman in Gold

The restitution story behind one of Gustav Klimt’s most iconic works, now the subject of a Hollywood movie. Read more

The John and Anna Jaffé Collection 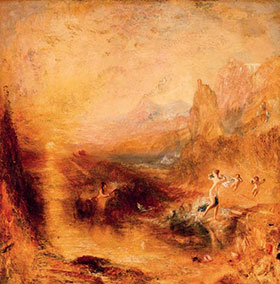 FROM THE COLLECTION OF JOHN AND ANNA JAFFÉ Joseph Mallord William Turner, R.A. (1775-1851) Glaucus and Scylla

John and Anne Jaffé were well-known figures in the English community in Nice who delighted in collecting wonderful art for their villa on the Promenade des Anglais. They focused primarily on British and Dutch art, although their collection included significant works by Turner and Gainsborough, Teniers and Van Ostade, Guardi and Goya.

John died in 1934, although Anna lived long enough to witness the occupation of France and the collaborationist policies of the Vichy government whose anti-Jewish measures led to the seizure of the Villa Jaffé and the confiscation and forced auction of the collection in 1943. The couple’s painting by Guardi, The Grand Canal Venice with the Palazzo Bembo, was selected for Hitler’s planned museum in Linz, but was recovered by the Allies and returned to France after the war, along with a handful of other paintings which entered the French collection of recovered works (the Musées Nationaux Récupération). The Guardi was eventually restituted to the family in 2005 by the French state and offered by Christie’s in London that July.

J.M.W. Turner’s Glaucus and Scylla was returned by the Kimbell Art Foundation in Fort Worth in 2006 and offered for sale at Christie’s in New York in April 2007, where it was re-acquired for the museum.