Lot 5
5
THE PERSONAL COLLECTION OF BARBARA LAMBRECHT, SOLD TO BENEFIT THE RUBENS PRIZE COLLECTION IN THE MUSEUM OF CONTEMPORARY ART IN SIEGENChristie’s is honoured to offer the following selection of works from the personal collection of the esteemed philanthropist and patron of the arts, Barbara Lambrecht. Assembled over the course of nearly four decades, Ms Lambrecht’s collection features works by a diverse range of artists, from early compositions by the great painters of Impressionism, to the refined techniques of the Pointillists, and the free, expressionist colours of the Fauves. In this way, the collection offers an intriguing insight into one of the most dynamic and exciting periods of the European artistic avant-garde. Ms Lambrecht’s collecting journey began in the 1970s, when an early interest in Impressionism encouraged her to purchase paintings by Eugène Boudin, Raoul Dufy and Berthe Morisot. From here, her treasured collection has grown and evolved to encompass works by some of the most influential artists of the late Nineteenth and early Twentieth Centuries, including Claude Monet, Pierre-Auguste Renoir, Henri Matisse, Pablo Picasso and Paul Klee. This highly personal collection, shaped by Ms Lambrecht’s discerning vision and keen knowledge of art history, has filled the walls of the collector’s home for the past forty years. Considered together, the works reveal a series of intriguing connections to one another, their similarities and differences causing a dynamic dialogue to develop between each of the individual works in the collection. This is evident, for example, when Dufy’s portrayal of the northern coast of France is considered alongside Boudin’s painting of the same subject, or the contrasting painterly techniques of Monet’s loose, spontaneous compositions are observed beside Kees van Dongen’s highly saturated, impastoed areas of colour. One of the most striking features of the collection is the way in which the collection focuses on the pivotal periods in each artist’s career, often highlighting on a moment of transition as they begin to explore new, ground breaking techniques, subject matter or styles. Ms Lambrecht’s dedication to collecting has been paralleled by a prodigious journey in cultural philanthropy and patronage, as her passion for the arts has driven her to support a number of institutions in her native Siegen. Through her generous support, these bodies have become leaders in their respective fields, from the Philharmonic Orchestra Südwestfalen, to the city’s Apollo Theatre. Amongst her most remarkable and enduring charitable projects is her commitment to the Museum of Contemporary Art, Siegen, and her promotion of the Peter Paul Rubens Prize. Founded in 1955, the same year as the documenta in Kassel, this highly acclaimed international award is presented every five years to a contemporary artist living in Europe, to honour his or her lifetime achievements in art. Presented in remembrance of Peter Paul Rubens, who was born in Siegen, previous recipients include Giorgio Morandi, Francis Bacon, Antoni Tápies, Cy Twombly, Sigmar Polke, Lucian Freud, Maria Lassnig and Bridget Riley. To support the award, Ms Lambrecht founded the Rubens Prize Collection, acquiring comprehensive and exemplary groups of important paintings, sculptures and graphic pieces by each of the award’s former laureates, and then placing them on permanent loan to the Museum. Conceptually, the collection has been carefully curated so as to include works from each artist’s various creative phases, and continues to grow as it gathers examples from each new recipient of the prize. Creating an impressive survey of twentieth- and early twenty-first-century European art, from the quiet still-lifes of Morandi, and Riley’s iconic explorations of line and colour, to Bacon's emotionally charged figurative paintings and Maria Lassnig’s self-exploration of the human body, the Rubens Prize Collection offers visitors to the Museum of Contemporary Art in Siegen an in-depth look into the work of the acclaimed artists honoured by the city. With the sale of this outstanding group of impressionist and early modernist works, Ms Lambrecht plans to ensure the continued growth and evolution of the Rubens Prize Collection, and to secure its future for the enjoyment of subsequent generations in Siegen and throughout Europe.
Berthe Morisot (1841-1895) 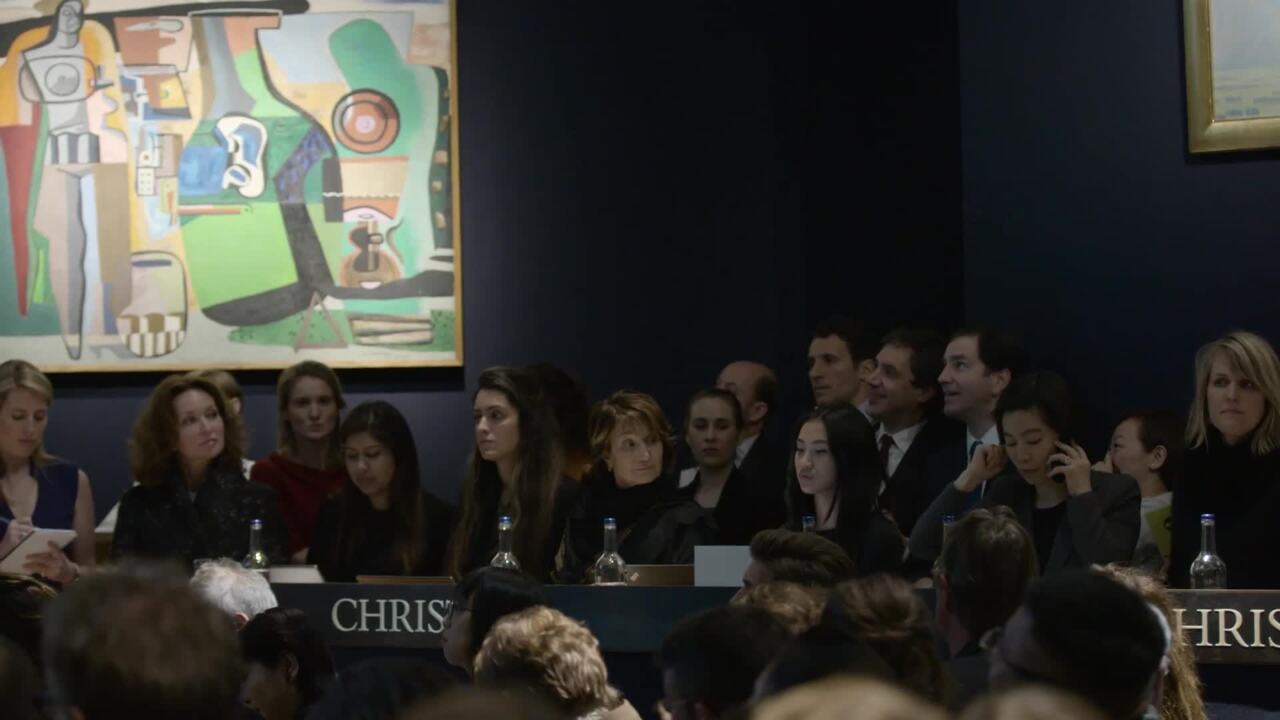 Gauguin and Magritte lead the way in London