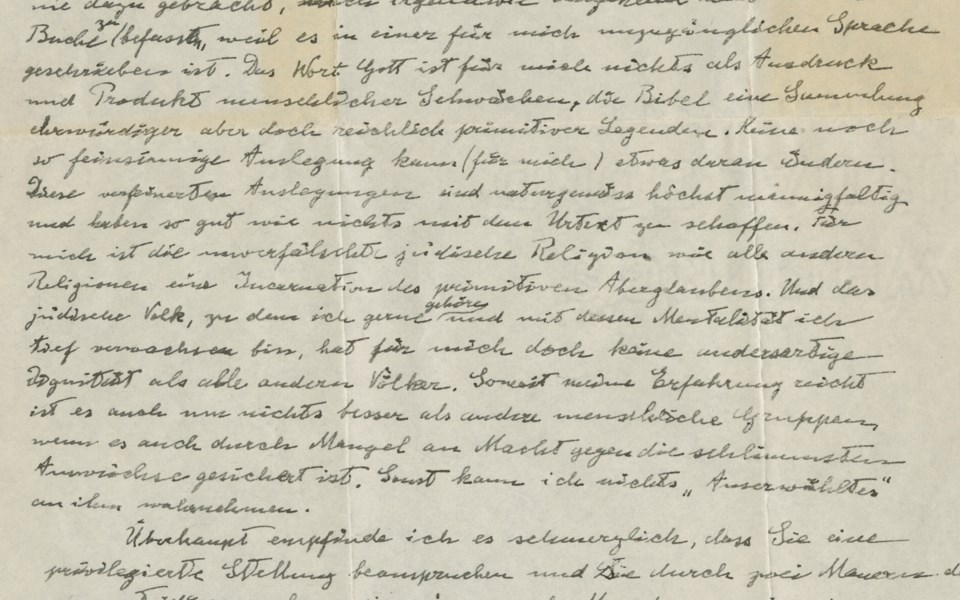 On 4 December, Christie’s will bring to auction one of the most famous letters by one of the 20th century’s most famous thinkers. Albert Einstein’s celebrated “God letter,” addressed to the philosopher Eric Gutkind, fuses Einstein’s thoughts on religion, his Jewish identity and his own search for meaning in life and remains as a definitive statement in the on-going debate between religion and science.