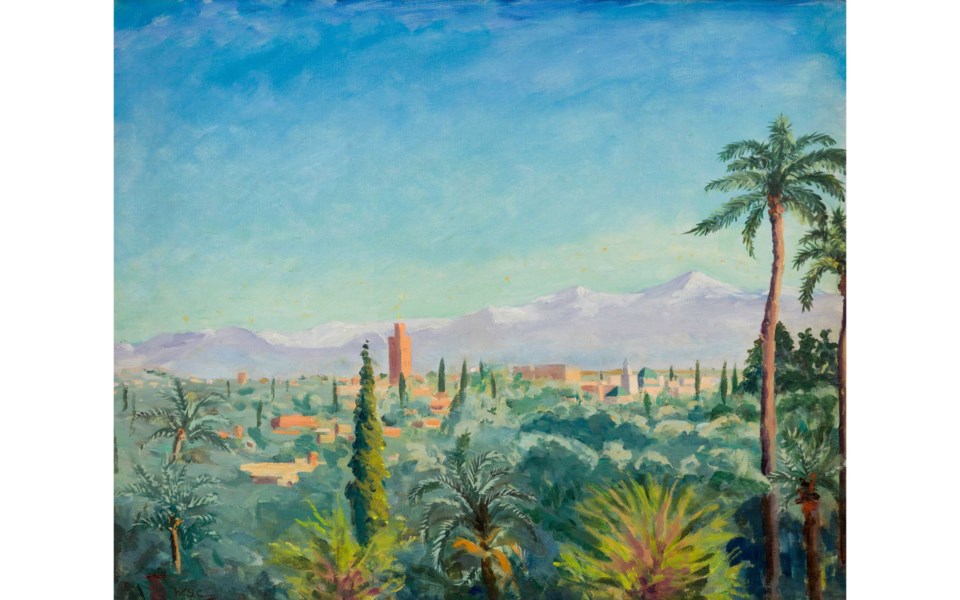 Sir Winston Churchill one of the 20th Century’s most significant statesmen, and the Prime Minister of Great Britain from 1940-1945 and 1951 -1955, is most famed for his leading role in the Allied victory in the Second World War. Perhaps less well know were his talents as a painter.

Churchill and his Artistic Allies is a private selling exhibition that explores the work of Sir Winston Churchill and the three artists who were most influential in his development as a painter: Sir John Lavery, Walter Richard Sickert and Sir William Nicholson.

It was June 1915, when Churchill, aged 40, first picked up a paintbrush, initially as a means of diversion from the pressures of politics. Encouraged originally by Hazel Lavery, the glamourous wife of Sir John Lavery, painting proved to be one of the greatest pleasures of Churchill’s life, a passion which he was to pursue with unyielding enthusiasm until his passing in 1965.

Sir John Lavery, was the first to open Churchill up to painting, sharing his studio with him, where he taught him the Impressionist influences, the importance of light, colour and the painting of water. In 1927 Walter Richard Sickert came into Churchill’s life, teaching him new painting techniques, including camaieu and squaring up paintings for transfer to larger canvases. From 1933, Sir William Nicholson, stayed with Churchill at Chartwell, and there imparted his love of the still life, through the harmony and balance of tone and colour.