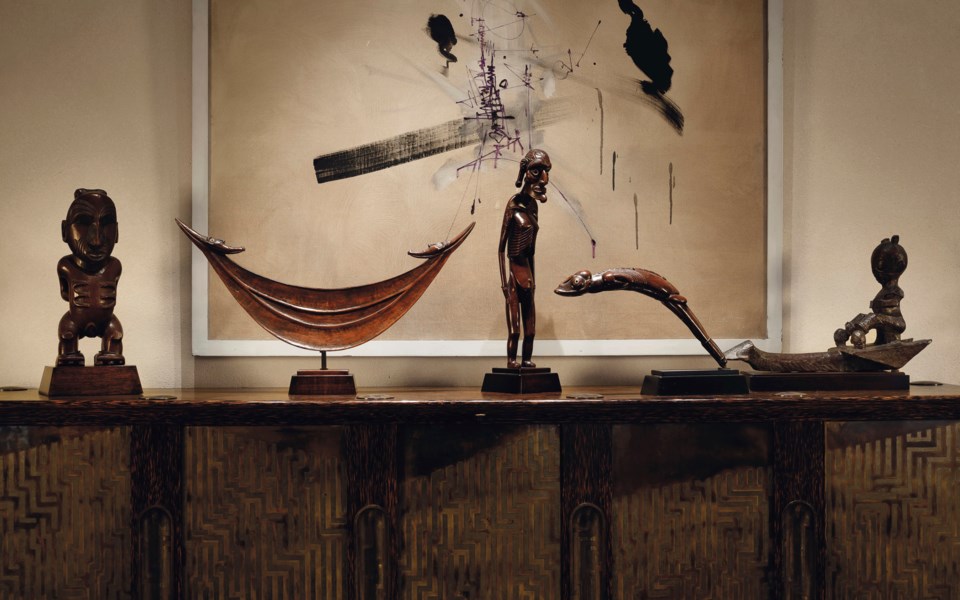 Michel Périnet was renowned for his taste and discretion. As a jeweller, he built the finest Art Nouveau collection, centered around the creations of René Lalique. He used to say that if he could have travelled back in time, he would have tried to prevent the birth of Calouste Gulbenkian, his rival as a Lalique collector and founder of the eponymous museum in Lisbon. From his boutique on rue Danièle Casanova, Périnet was tirelessly on the hunt for new treasures to propose to his sophisticated clients, comprising members of high society and the cultural elite.

Beyond his passion for Lalique, he also collected works from the Pont-Aven school and assembled a group of Art Deco works, whose quality continues to be admired by Specialists to this date. Michel Périnet subsequently discovered and embraced Modern Art, particularly the work of Francis Picabia, and later discovered the Arts of Africa and Oceania, which sparked a lasting enthusiasm that would never leave him.

Across all these fields, Michel Périnet consistently displayed a distinguished taste and determination in acquiring the most exquisite works of art. His passion and tenacity, allowed him to build extraordinary collections,  which bear the fruit of his rigorous work and legendary eye.

Christie’s sale on 23 June will represent a cultural landmark and aims to pay a fitting tribute to a discreet man as he joins the ranks of the greatest collectors, alongside Jacques Doucet, his role model, and Nouran Manoukian, his dear friend.

On this occasion, his collection of masterpieces of African, Oceanic and American art, of which many with exceptional provenance, will be unveiled to the public after having been safeguarded and treasured by Michel Périnet for as long as 50 years.