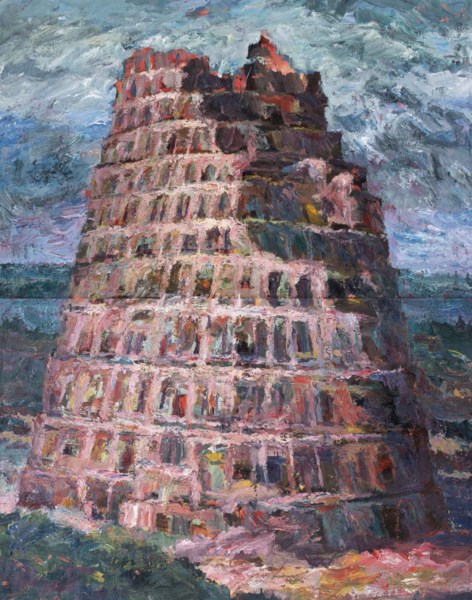 Tonight, Christie’s Dubai welcomed over 500 art collectors and enthusiasts to its 18th consecutive sale season to be held in the region. They competed against the many telephone bidders and those joining online from around the world for the 158 works of art on offer which sold for a total of $11,397,750 (AED 41,863,935), an increase of 7% on last year’s March sale total of $10.6 million. The Mokbel Art Collection of Lebanese Art, expected to sell for around $750,000, made $1,600,000, doubling its pre-sale estimate. The top lot from this collection was Ayman Baalbaki’s Babel painted in 2005, which set a new world auction record for the artist when it sold for $485,000. The top lot of the sale was Farhat Al Nuba (The Happiness of Nubia) by the Egyptian artist Tahia Halim (1919-2003) which sold for $749,000 to an anonymous telephone bidder and was underbid online up to $600,000. It set a new world record for the artist.

The sale attracted registrants from 25 countries with 25 buyers joining online. The most expensive lot bought online this evening sold for $161,000 - lot 81 Ismail Shammout’s, Nahmour bi Kheyr, Taminouna (We are in Good Health, Reassure Us). A total of 47 lots sold above estimate (38%) and 71 lots sold within estimate (57%). 31 new world auction records were established for artists such as Suleiman Mansour (lot 82), Farid Aouad (lot 9) and Huguette Caland (lot 26).

Michael Jeha, Christie’s Managing Director in the Middle East, said: “Christie’s latest sale result is a sign of the continuing strength and maturity of this market and confirms that, alongside the other great art cities of the world, Dubai has earned its place in the international art calendar. During this annual Art Week, new and well-established collectors continue to be attracted to Dubai as the hub for Middle Eastern Modern and Contemporary Art. The results demonstrate the powerful combination of Christie’s continued commitment to this market by offering the best works for sale with great provenance which has ensured that our twice yearly sales account for 75% of the auction market in the region.”