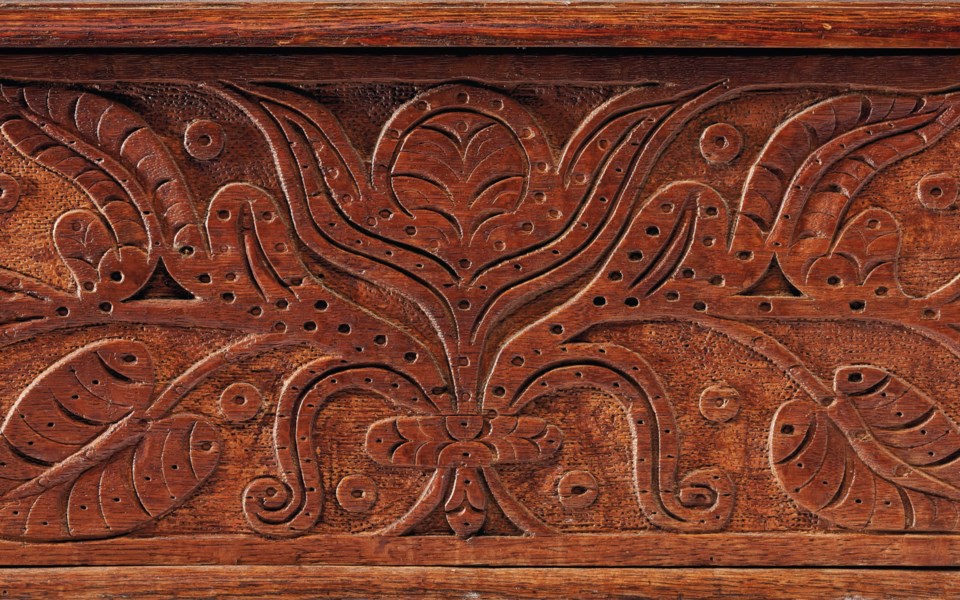 Christie’s In Praise of America: Important American Furniture, Folk Art and Silver is the cornerstone of Christie’s Americana Week. The sale includes selections from the singular collection of Ambassador J. William Middendorf II, including a rare contemporary 1776 broadside edition of the Declaration of Independence as well as a fine copy of Paul Revere’s iconic engraving of the Boston Massacre, and the Siegmund Collection of American Folk Art. The important furniture offerings include a Newport card table made by John Townsend and a carved oak box attributed to the shop of Thomas Dennis. The robust folk art section includes portraits by Joshua Johnson and significant baskets by Dat So La Lee. Also featured are thirty lots of early English ceramics from the Longridge Collection, including an important dated and initialed dish with a portrait of Charles II. The silver section encompasses works from the late 17th century through the 20th century, highlighted by The Governor Gurdon Satonstall Basin, an Important American Silver Basin by Jeremiah Dummer. The section is further anchored by the collection of Mary M. and Robert M. Montgomery Jr. which includes eight lots of Gorham silver from their Art Nouveau Martelé line.