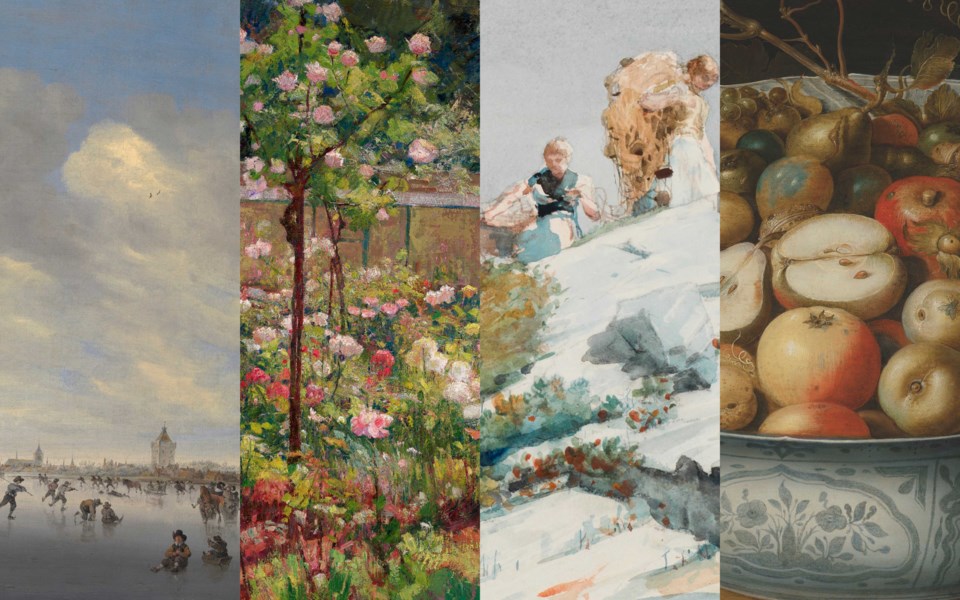 For millennia, the passage of the seasons has dictated the rhythm of humanity’s existence and has consequently held a crucial place in our collective cultural consciousness.

The four seasons have long offered artists a fertile terrain in which to explore quintessential themes from fertility to death as well as a range of aesthetic effects in different genres, such as landscapes, still-lifes and allegories. Christie’s private selling exhibition Four Centuries | Four Seasons showcases how this rich subject was treated by an international group of artists including Salomon van Ruysdael, Jules Breton, August Rodin, Winslow Homer and Matthew Wong.

This presentation of historical visual interpretations of nature not only celebrates its beauty but also draws attention to the need to safeguard its future. For its part, Christie’s has pledged to be net zero by 2030 and reduce its carbon emissions by 50 percent. In honor of this initiative we have partnered with and pledged a donation to the New York Botanical Garden, whose emphasis on sustainability, plant research, conservation and environmental protection aligns with the theme of Four Centuries | Four Seasons. Viewings for the exhibition begin 17 April, by appointment only, at our galleries at Rockefeller Center.

Viewing by appointment only